This video is in English with a Mandarin transcript. 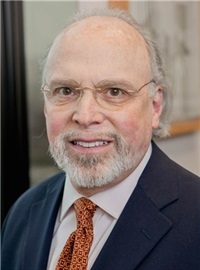 Herbert S. Lustig, MD, was a student and colleague of Dr. Erickson during the six years preceding Dr. Erickson’s death. He has provided private outpatient psychiatric treatment to Children, Adults & Families on Philadelphia’s Main Line since 1973 and in South Jersey since 1983, and presently at his offices in Bala Cynwyd, PA, and in Marlton, NJ.

Milton H. Erickson, MD, was an American psychiatrist who specialized in medical hypnosis and family therapy. He was founding president of the American Society for Clinical Hypnosis and noted for his approach to the unconscious mind as creative and solution-generating.
Dr. Erickson was plagued with enormous physical handicaps for most of his life. At age 17, he contracted polio and was so severely paralyzed that doctors believed he would die. While recovering in bed, almost entirely lame and unable to speak, he became strongly aware of the significance of nonverbal communication – body language, tone of voice, and the way that these nonverbal expressions often directly contradicted the verbal ones. He also began to have “body memories” of the muscular activity of his own body. By concentrating on these memories, he slowly began to regain control of parts of his body to the point where he was eventually able to talk and use his arms again. His doctor recommended exercising his upper body only so Milton Erickson planned a 1,000 miles canoe trip to build up the strength to attend college. His adventure was challenging, and although he still did not have full use of his legs at the end, he was able to walk with a cane.

The Ericksonian approach departs from traditional hypnosis in a variety of ways. While the process of hypnosis has customarily been conceptualized as a matter of the therapist issuing standardized instructions to a passive patient, Ericksonian hypnosis stresses the importance of the interactive therapeutic relationship and purposeful engagement of the inner resources and experiential life of the subject. Dr. Erickson revolutionized the practice of hypnotherapy by coalescing numerous original concepts and patterns of communication into the field.
The novel psychotherapeutic strategies which Dr. Erickson employed in his treatment of individuals, couples, and families derived from his hypnotic orientation. Although he was known as the world’s leading hypnotherapist, Dr. Erickson used formal hypnosis in only one-fifth of his cases in clinical practice.
Dr. Erickson effected a fundamental shift in modern psychotherapy. Many elements of the Ericksonian perspective which were once considered extreme are now incorporated into the mainstream of contemporary practice.