James Foley will present Storytelling from a Film Director’s Perspective. Mr. Foley will be interviewed by Dr. Zeig. Therapists of all persuasions can learn about impact from studying the methods that filmmakers use. After all, directors are experts at eliciting alterations in mood and perspective. We will view and discuss clips from some of Mr. Foley’s films to learn some of the methods that make movies work, methods that can empower psychotherapy. 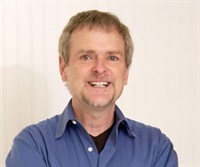 James Foley is a filmmaker of complex themes highlighted by finely-tuned performances coaxed from a wide range of actors (from Gene Hackman, Al Pacino, Christopher Walken and Sean Penn to Mark Wahlberg and Reese Witherspoon). He is equally at home directing the teen thriller Reckless (his directorial debut) and character-driven works such as At Close Range and the film translation of David Mamet’s Glengarry Glen Ross, and the noir world of Jim Thompson’s After Dark, My Sweet. Additionally, Foley has created more lyrical and poignant films such as the Depressionera Two Bits, and explored paranoid terror in Fear. Foley skillfully balances his films between slick mainstream production values and the definite edgy feel of independent film.