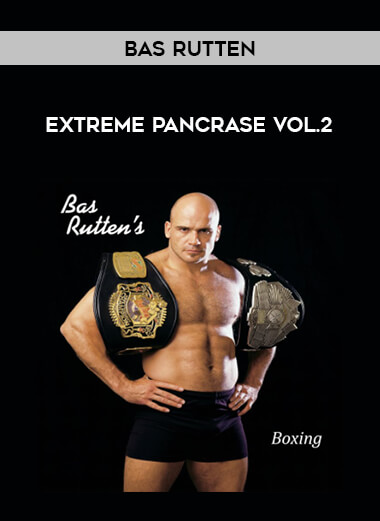 Bas Rutten is a world-renowned mixed martial fighter who has also established himself as an actor, broadcaster, and television personality outside of the ring. Rutten co-hosts the weekly MMA news show Inside MMA. Rutten has also worked as a color commentator for a number of combat organizations, notably the old Pride Fighting Championship.

Rutten is a former UFC Heavyweight Champion and three-time King of Pancrase World Champion. Born and reared in Holland, he became interested in martial arts after sneaking into a showing of Bruce Lee’s Enter the Dragon. Rutten was first recognized as a fearsome stand-up attacker with 11 career knockouts, but he also dominated with 14 submission wins and went unbeaten in his final 22 matches!