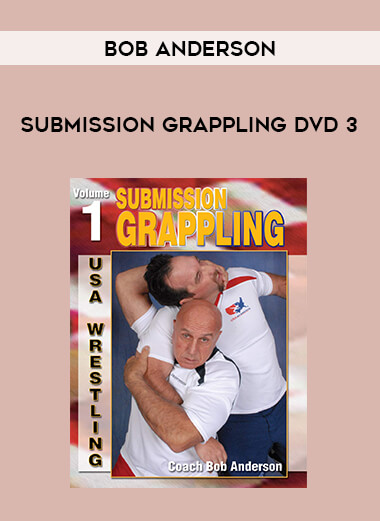 In this excellent Submission Grappling series, legendary USA wrestler and National Coach Bob Anderson shows you the most efficient techniques used in grappling to defeat your opponent. With proven experience and current technical knowledge of the evolution of the sport, Coach Anderson introduces you to many never-shown-before grappling and Wrestling elements of combat. Covering and analyzing in detail the aspects of takedowns and throws, sweeps and counters, and reversals from the most common grappling situations, this series is one of the best if you are interested in any system or grappling method. If you are a submission grappler, a Judo or Brazilian Jiu Jitsu fighter, a Wrestler or MMA fighter…this series is for you!