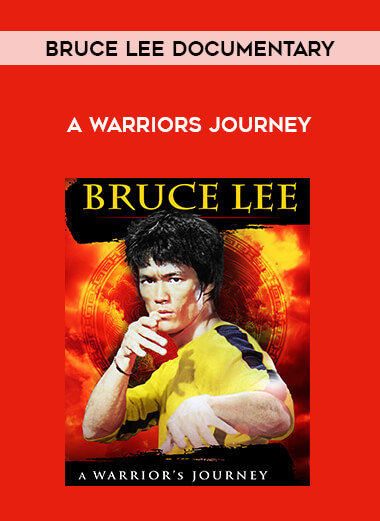 Bruce Lee Documentary – A Warriors Journey [2002]I highly recommend this for Bruce’s application of the Taoist Eastern Philosophy to Martial Arts, his unrivalled determination for success, alpha body-language, engaging speech and persuasive action.
Bruce Lee’s life, philosophy, and final film are examined in this reverent documentary, which traces the master’s path through the development of his own style, his battles with mainstream Hollywood and martial arts traditionalists, and his emergence as the world’s top box-office draw.
Just as interesting as Lee’s life is the chance to see lost footage from The Game of Death, Lee’s final, unfinished film.
Outtakes offer the opportunity to see Lee’s perfectionism in action, and the reconstructed storyline reveals how Lee’s personal martial arts philosophy shaped the film.
And yes, there is a spectacular nunchakau fight.
Interviews with Lee and those close to him highlight his energy, intelligence, and remarkable charisma.
Fans of Lee will welcome this new insight into his filmmaking, and those unfamiliar with his life and work will come away with a new respect.
Enjoy