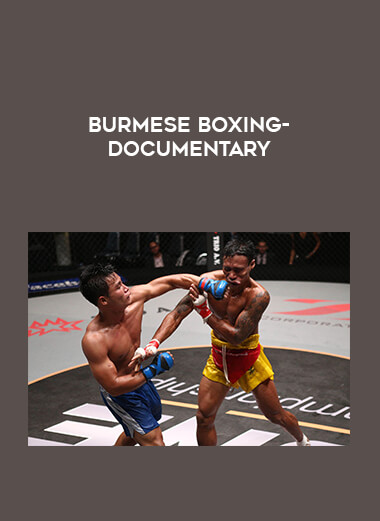 Burmese BoxingThe Last Gladiators of Asiaproduced by Zoran RebacBurmese boxing is one of the most savage, brutally effective fighting arts ever developed.
Although it sprang from the same roots as the legendary art of Muay Thai, unlike its Thai counterpart, it has not been “civilized” to make it more acceptable as a modern sport.
Burmese boxing includes all the bone-breaking punches, elbows, knees and kicks that characterize Thai boxing; however, it also incorporates devastating head butts, throws, spinning strikes and even dramatic vaulting attacks in which the practitioner literally climbs up his opponent’s body to deliver a knockout blow.
This amazing video takes you inside the forbidden world of Burmese boxing and features a look at its history, rare footage of boxing demonstrations by Burmese masters, instruction in its basic fighting techniques and counters, and the rules of modern Burmese boxing.
It also includes highlights of actual Burmese boxing matches that feature the kind of hard-hitting, nonstop action that makes modern no-holds-barred competitions seem tame by comparison.
For information purposes only.

Be the first to review “Burmese Boxing-Documentary” Cancel reply