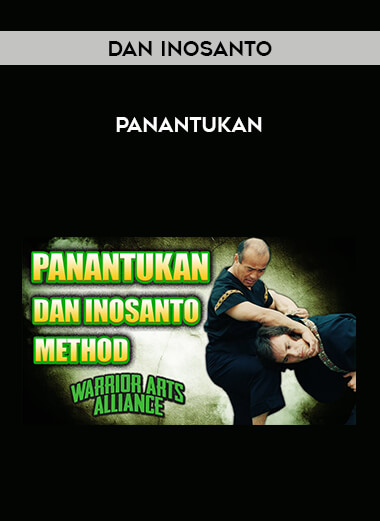 The precise origins of panantukan are currently unknown and the throughout the Philippine Islands there is tremendous diversity in technique and name.
What is known is that the Filipino art of boxing as a self-defense system was turned into a sport in 1905, influenced by Western boxing that was brought to the islands by the United States military and civilians who arrived in the Philippines in 1899.
The art is a part of the wider combative system known as kali, which is more famous for its use of weapons.
The Philippines were first claimed by Ferdinand Magellan in 1521 on behalf of Spain.
In 1898 Spain ‘sold’ the islands to the United States, who promptly refused to recognize the First Philippine Republic, established also in 1898.
As a result of this the Philippine-American war broke out when US forces arrived in 1899.
The war officially ended in 1902 but a guerrilla war continued until the US clamped down hard and placed everyone in hostile areas in internment camps.
Those not interred by a certain date were shot on sight.
Thousands died as a result of this, but hostilities quickly and finally ended thereafter.
As an aside, the term ‘leathernecks’ used to refer to members of the United States Marine Corps owes part of its origins to the Philippine-American war.
Originally British and American soldiers would wear a leather stock about their necks to make their posture more militaristic.
This practice was dropped by the US in 1872 but owing to the large number of crazed knife-wielding enemies encountered in the Philippines the stock was introduced once more as a safety precaution to protect against neck wounds and decapitations.
The ability of Filipino attackers to generate huge amounts of adrenaline and make themselves all but impervious to pain also led to the development of the .
45 pistol as a sidearm as it was repeatedly found that the .
38 failed to stop aggressors.
Following exposure to Western boxing, there are some claims that there was then a counter-influence which saw Filipino boxing influence the development of the Western style.
Conversely others will argue that panantukan is the outgrowth of mixing Western boxing with Filipino martial arts and is therefore a relatively ‘modern’ fighting art.
A major turning point in the history of Western boxing was the establishment of the Queensberry rules in 1867.
These rules ended the use of wrestling in the ring and also introduced the mandatory use of gloves (matches up until that point had been bare knuckle).
Both of these rules modifications changed the nature of boxing.
The only evidence that wrestling was once allowed is the use of the clinch, from which fighters are most often separated by the referee.
Gloves protected the hands and this allowed for far more force to be generated, resulting in more knockouts.
Previously fighters were loathe to risk hard damaging blows for fear of breaking their hands.
According to boxing historians it was this change that led to boxers adopting a different stance (with gloved arms up around the head, rather than held out before the body) and to the use of more defensive tactics such as bobbing and weaving, the use of the gloves themselves to block incoming blows and better use of footwork.
Individual Filipino boxers / martial artists may have influenced individual Western boxers at a later date, but it seems that Western boxing was already evolving into the style we see today before it had contact with Filipino martial arts and this shift was caused principally by the adoption of the Queensberry rules and through those rules the use of boxing gloves.
Panantukan as a martial art then appears to be a synthesis of Western boxing techniques with indigenous Filipino martial arts to create a blended system that works best at boxing / dirty fighting (trapping) range.
While a Western boxer will most often stop once in a clinch, the practitioner of panantukan will continue to fight using techniques that are illegal under the Queensberry rules, including take downs and the use of ‘ground and pound’ (to use the MMA term).
Two aspects of panantukan that are illegal in modern boxing are gunting (limb immobilization / destruction) and dumog (standing grappling).
Gunting is the tactic of attacking an incoming limb by targeting nerve points and muscle groups to as to render the limb useless.
Dumog can at times be likened to the clinch of boxing and Muay Thai in that the head and upper is controlled but also includes arm wrenches and shoulder barging to both damage and further unbalance an opponent.
In this way vulnerable points are exposed for a follow up attack.
Another aspect that differentiate panantukan from Western boxing is the use of hubud training drills which can be likened to the practice of ‘pushing hands’ used in some Chinese kung fu and Okinawan karate styles.
Hubud aims to promote sensitivity, a flow of techniques and defensive skills.
An additional difference is the use of kali rattan sticks (grouped into a bundle of two or three) which are gripped by a training partner and used to simulate attacks (such as a jab using the end of the bundle of sticks) and also as a target which can be held vertically or horizontally or at any angle in between

Be the first to review “Dan Inosanto – Panantukan” Cancel reply