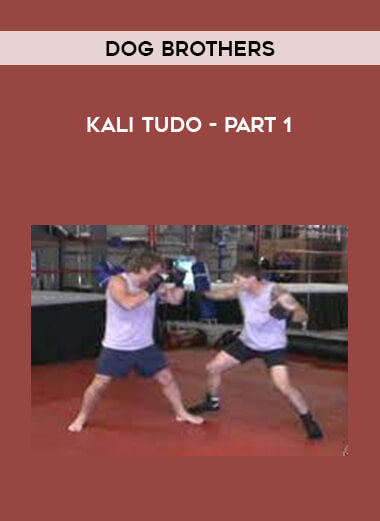 Kali Tudo, The Dog Brothers FMA mix for Mixed Martial Arts and NHB fightingNOTE: This stuff is for advanced fighters who want to add FMA to their game.
This is not for total beginners or people who wanna learn either the basics of MMA or FMA.
BUDOVIDEOS:”Guro Crafty already had been a BJJ practitioner (Machado BJJ) for two years when the first UFC changed the martial arts world.
He has stayed active with the MMA world since the early UFC backed off from its early interest in the Dog Brothers as a special weapons event because of the Dog Brothers being “just too extreme for the UFC”.
The relationship with the UFC continued (he was a judge at UFC 10) as has the interest in MMA.
Now 52 years old, Guro Crafty regularly works out at the “R1 Gym” (previously known as the RAW Gym) rolling and sparring with the high quality professional fighters there.
(R1 Head Coach Rico Chiaparelli does a cameo to offer his thoughts on the material)Most FMA players have heard “The motions of our empty hand are just like those of the weapons”.
Many have also heard the retort “Then why don’t we see them in the Octagon?”Mixed martial arts evolves quickly.
After the coming of BJJ, Muay Thai made its appearance and so did the leg locks of shootfighting and sambo.
Wrestlers contributed their top base skills to add ground and pound.
Greco-Roman wrestling, by way of Randy Couture, spearheaded the clinch game.
In this highly innovative cutting edge double DVD, Guro Crafty shows how to apply Kali-silat in the cage.
The MMA world may never be the same again!This double DVD set shows “angular striking crashes”.
Subsequent volumes will address attacking the guard, strking from the guard, other aspects of the ground game and more.
“