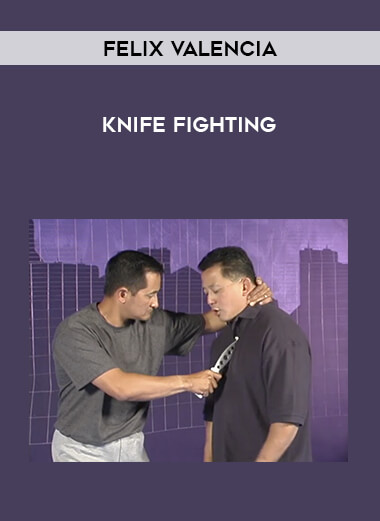 Guro’s Knife Fighting 6 DVD Set In the Philippines, Felix Felix Valenica was born.
He began his training in the Filipino Eskrima and Arnis Systems at a young age.
He picked technologies that operate in the military and on the streets, allowing him to move seamlessly between either range.

Valencia earned the moniker “Edgar’s Brawler” after finding a place in Punong Guro Edgar Sulite’s Filipino-based style of LAMECO Eskrima.
Valencia has collaborated with the military and law enforcement agencies such as the LAPD and FBI.
Valencia has been inducted into the Filipino Martial Arts Hall of Fame twice.

Knife on chest, forearm disarm to punch, groin strike, front hold ups, 360 on the body, push-pull, knife on hips, knife in front of arm, blade on neck, chokes, footwork, blade on back, and double knife are all included in this book.
34 minutes approximately