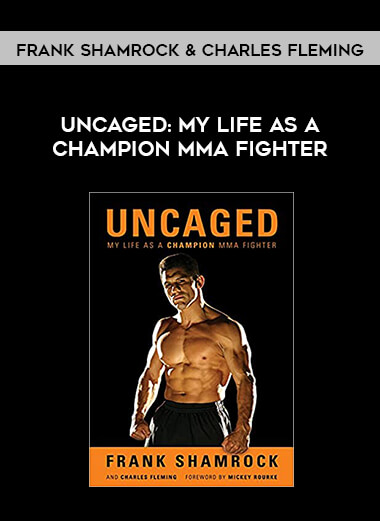 Before being known professionally as “The Legend” and winning nearly every mixed martial arts championship in existence, Frank Shamrock experienced a terrible upbringing that led to an equally tumultuous young adulthood. His neglect as a child by his hippie mother and absentee father, his salvation under the foster father who took him in when no one else would, his desperate act of armed robbery and subsequent incarceration in state prison, and his eventual rebirth as a cage fighter who would go on to dominate the entire sport for the next two decades are all told in this riveting book. It details his bouts both inside and outside the ring, as well as the people and events that helped him become a champion, as well as his issues with the Ultimate Fighting Championship and the reasons for his retirement. This thrilling story of sex, violence, crime, and redemption reveals the numerous pitfalls a famous fighter encountered in his life and how he successfully overcame them to become a champion in every sense of the word, with eye-opening depictions of the world of mixed martial arts fighters and refreshing candor.

Be the first to review “Frank Shamrock & Charles Fleming – Uncaged: My Life as a Champion MMA Fighter” Cancel reply