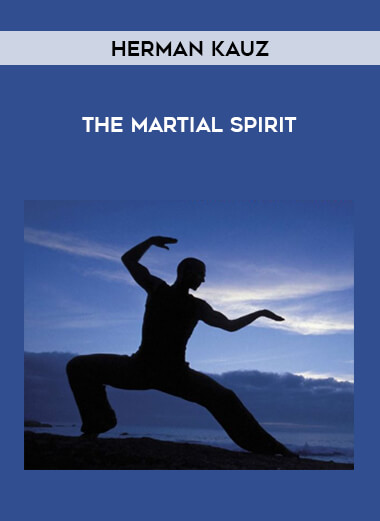 Dust jacket blerb:”In recent years the tremendous growth in popularity of the martial arts all over the world has resulted in the emergence of an extraordinary number of magazines and books, films, schools, and tournaments on the subject.
With hardly an exception, however, they all concentrate on “how-to” aspects, not on the spiritual underpinning.
Herman Kauz’ exploration of THE MARTIAL SPIRIT is the first book to go beyond the conventional viewpoint of physical training and self-defense; Kauz places the primary emphasis on mental training and the psychological and philosophical elements.
He reveals the East-West inter-relationship few understand, even those physically skilled in the martial arts world.
Accompanied by Tetsu Okuhara’s extraordinary photography THE MARTIAL SPIRIT compares the various martial arts systems and describes how students physically and spiritually develop skills on their own and then with a partner.
One chapter deals with philosophical concepts and their relevance and application in training; another points out the mind-body problems encountered at the outset of student involvement.
Always present in THE MARTIAL SPIRIT are the student-teacher dynamics and spiritual aspects.
This throughful and inspirational work shows how serious martial arts study and training can: promote better physical and mental health, enhance the growth of self-understanding, increase the knowledge of others, and contribute to a feeling of personal worth.
HERMAN KAUZ is a fourth-degree black belt in judo and a second-degree black belt in karate.
He has been a teacher for over a quarter of a century and is the author of the best-selling Tai Chi Handbook.”