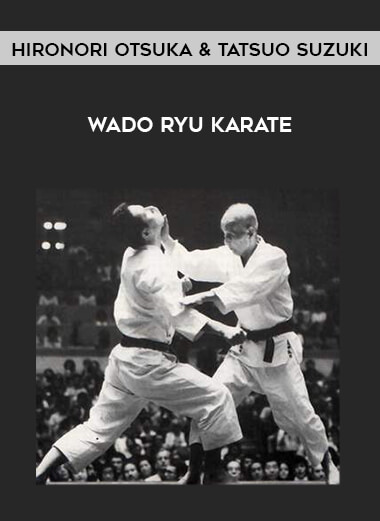 The Best of Wado Ryu Karate features Hironori Otsuka, the founder and Jiro Otsuka performing Kumite Waza, the much sought after Two-Man Fighting Kata of Wado Ryu. Included are defenses against empty hand, sword and knife attacks. The history of Wado Ryu Jujitsu Kenpo one of Japan???€?s major karate styles is explained and how Otsuka sensei, a man ahead of his time, combined the teachings of Shinto Yoshin Ryu Jujitsu and karate into one system. This is high quality footage professionally shot in Japan. Also featured is a deminstration by Tatsuo Suzuki, one of Japan???€?s Top Wado Ryu masters plus excerpts from the All Japan Wado Ryu Karate Tournament. According to director & martial arts historian Damien Chambers, Kyoto, Japan-This is the best footage of Otsuka Sensei I have ever seen. Four Stars! A one-of-a kind video! 60 min.