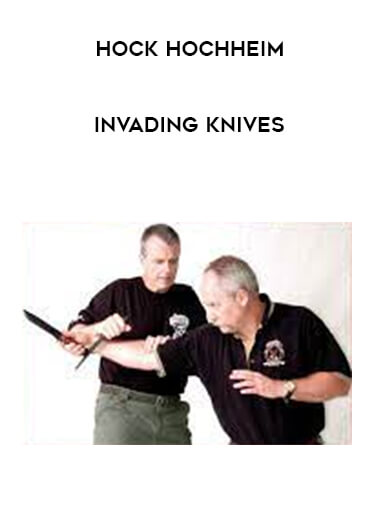 The Invading Knife video covers invading into a dueling, squared-off opponent with you attacking both with your knife and/or your free hand, into his “closed,” prepared fighting stance as he stands ready. “This video has been called a “hidden gem” by many, as it has been buried inside a multi-video series for some time. As a result, most people did not know it even existed. But it is too important a subject matter to remain lost there. So we are breaking it out into its own theme identity and entity.” – Hock Hochheim

This production covers invading into a dueling, squared-off opponent with both your knife and/or your free hand. This involves attacking into the “closed,” prepared fighting stance, mostly dealing with the outsides and back hands of the enemy’s arms as he stands ready. Therefore, the video covers tactics and strategies from the ready position, through the invasion tactics and on to the first significant strike assault. Once into close quarters many more tactics open up, specifically those CQC movements inside the arms, then possibly takedowns and other finishes.

“Through the years, this film has become sort of a cult collection item. Many practitioners really like this film.” – Hock