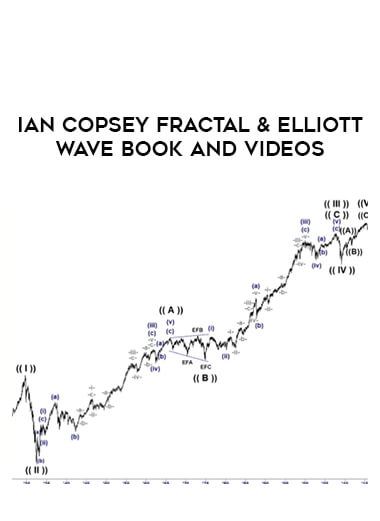 Fractal Predicting is a complete guide on using Harmonic Elliott Wave, as well as related technical analysis approaches, to aid in forecasting. Forecasting is only one aspect of trading/money management that must be handled for more successful development.

My forecasting abilities – notably Wave (iii) and Wave (iv) – has risen significantly since my 2010 tutorial, during which I uncovered the constancy of wave projections inside 3-wave frameworks. The first forecast I produced for the Dow Jones Industrial Average in “Harmonic Elliott Wave” was the first time I was able to make realistic projections in equities markets. I had previously avoided studying these markets. While there are always problems (especially in the lower – intraday – charts), the use of Harmonic Elliott Wave has supplied me with numerous direct hits, including the top of the first 5-wave rise since the DOW’s founding – detected 2-years in advance. Of course, there are challenging portions of the evolution, which necessitates the use of supporting evidence via supplementary analytical methodologies to identify factors such as timing (cycles) momentum (multi-timeframe) to provide directional information and unambiguous support and resistance regions. At times, the wave structure itself provides critical objectives.

Harmonic Elliott Wave (HEW) is the most exciting new breed of Wave Principle I have found since I began utilizing it over 20 years ago.

In my perspective, one of the most significant advantages of HEW is that its uniform ratio structure considerably lowers the subjectivity of wave counting inherent in the standard Wave Principle.

This eliminates the need to change a wave count greatly.

Even when adjustments are made, the discipline of the ratio structure must still be followed.

Furthermore, the elimination of protracted waves, failed fifths, and leading/lagging diagonals eliminates the need to re-label wave counts in retrospect.

This course is a must-read for everyone interested in the Wave Principle, since it has far-reaching consequences for traders and investors everywhere.