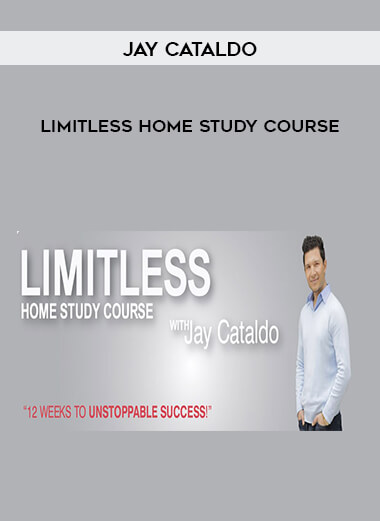 Open Your Energy Blocks with a Frequency Jack-Hammer!

Using his trademarked Quantum Technology Frequency Method ™, Jarrad has created a one of a kind program which synthesizes Healing Vibrations, Reiki, Cutting-Edge Quantum Physics, Holographic Energy Templates, and his very own Creation Formula into an Unprecedented Program of Experiential Sound Frequency Treatments Specifically Created for Your Infinite Abundance!

Why spend your time and money learning new techniques when you could Easily and Effortlessly Release your blocks NOW with this unprecedented Holographic Frequency Program?

The energies are supporting abundance like never before, but here’s the kicker – 3d thinking and lower frequencies are no longer supported in this energy!

What does that mean?

It means a total shift in your money paradigm as well as your frequencies around money, wealth, and a host of subjects unknown to the conscious mind.

“I’ve read books, taken courses, meditated, gone after what I thought were inspired ideas and taken inspired action, but my money is not flowing. Help?!”

The rich get rich, and the poor stay poor.

Here’s a personal note about my own story with money:

In my late twenties, I was 86,000.00 in debt with very little to my name. I did not have a house. I did not own a car. And I had virtually no money coming in. Every month, I made “just enough” to pay the minimum on my credit card statements and make rent. That was it.

I had taken inspired action and started opening up to my inner voice that was telling me to do something different. I thought I had taken the leap into my true calling. I did everything “right,” yet, there I was, in a total state of struggle. And it SUCKED!

All of my life, I had been able to see energy and read blocks in people and in myself, but I had a very dense set of limitations around making money in the 3D world and what I was and was not “allowed” to do – and  I was not allowed to use my gifts to make money, because that would be too easy, and we all know, making money is supposed to be hard, right?

I believed I had to:
Work Hard Help Others Pay My Dues Struggle and Sacrifice Make Ends Meet

That was my definition of Responsibility – and THAT RIGHT THERE is just one of the many blocks that was keeping me completely blocked and plugged into a game where no one ever “wins” and every spin of the wheel and roll of the dice comes with even more lost hope, depression, a  sense of failure and worse, MORE BILLS!!

I understood mentally that not all Rich People Are Bad.

I knew that I created my life… sort of…

I realized that people continued to prosper no matter which political group was in office, despite the stories of so many around me.

I got that theoretically, money was a GOOD thing (though only if used in the “RIGHT” way – yet another set of limitations!)…

“I bought into the game”

How could I not? Look at what we are inundated with from birth. Whether it’s the TV, the newspaper, the internet, the game is set up to keep you playing, and in this game, the house always wins.

I was helping people change their lives every single day, but I didn’t believe it was HONORABLE or A REAL JOB to just help people find happiness (another money block: Because money can’t buy love, there needed to be a strict separation of the two!), and so my frequency couldn’t allow the abundance to flow. I could not make money doing what I loved because my frequencies were tuned into too many limitations!

We’re taught in grade school that “everything is energy.” It’s worded more in alignment with old thought patterns around cells, atoms, neutrons, and electrons, but after decades of scientific research and study, it’s been proven that everything has a measurable and quantifiable energy field – including you! And by changing your frequency, you can literally change your life.

You see, abundance – and YES I mean MONEY – is like a radio station. It has a certain frequency on the AM/FM dial of life. And most of what’s programmed on that station is OLD ENERGY. Yet because it’s MONEY, and we have so many beliefs about how we can, should, could, must, or ought to make it, we keep dialing in to the SAME FREQUENCY of lack and limitation expecting different results.

Transistor waves were eventually outdated. Am gave way to FM, and FM expanded and created a market for satellite. TV has undergone the same changes: three or four channels with limited programming have expanded to hundreds if not thousands of channels of various 24 hour streaming content…

It’s time to throw out the old paradigms of money and upgrade your system!

It’s not that easy…

The first thing you need to know is IT IS THAT easy… with the Right Tools.

Using the tools I’m going to give you, I was able to go from the brink of bankruptcy to a life I’d only ever dreamed about almost over night. It was THAT FAST once I cleared the blocks – one of which was simply the resistance to change.
It sounds so simple, because it is. And, it’s one of the most complicated collection of stories we have as a collective and as individuals.

To overcome and smash through your energy blocks, Jarrad has createdAn Entire New Series!!

of personally crafted energy journeys to take you into the heart of abundance and change your life forever. No matter the story, no matter the circumstance, each journey has the power to dramatically transform your life. Jarrad has taken the TOP 21 Money blocks and neutralized the energy of these limiting beliefs through these powerful abundance energy journeys as well as his patented Quantum Technology Frequency Method. Go beyond anything created ever before with this unprecedented journey into the resonance of abundance. Now you can experience what it’s like to be on the OTHER SIDE of these negative beliefs.
You will experience for the first time the power of positively charged, massive abundance frequencies while Jarrad guides you into a state of total receptivity, and release while being totally supported and cleansed by the massive frequencies present in the tracks, as you reboot into a system of abundance and flow.

You Have NEVER experienced life quite like this.
Jarrad Hewett’s Infinite Abundance Program is FULLY Loaded with beautifully mastered Energy Journeys amplified to help you overcome the most agonizing, demoralizing, life-sucking, and annoying beliefs that have kept you in lack, struggle, and limitation!

Here are the 21 Tracks that Jarrad has created to help you smash these blocks and break down your walls!

These 21 Frequency Packed Energy Journeys are like nothing you have ever experienced!

Each track is set to beautifully mastered and professionally recorded meditative music that is layered with Frequencies to help you Go Beyond just the vocal and meditative aspects of the journey, allowing you to explode beyond your blocks and into the full financial potential of who you are beyond circumstance, lack, limitations, family patterns, and beliefs.

Energy Journeys are a signature embodiment of Jarrad’s work and have changed the lives of thousands, allowing them to lead the life of joy, abundance, and ease they’ve struggled so long to attain.

Experience firsthand what it is like to journey beyond anything you ever thought possible or plausible and create a life of true opulence, joy, and abundance.

Here is what people just like you experienced literally within the first 24 hours after listening to just one track!

“10 mins after my first listen, a client called and booked 3 sessions with me!” Caroline

“I felt such a peaceful safe space to let go in. The waves were so divine. They sounded like cosmic waves. So perfect! So beautiful!” Nicole

“I realized I had fear of the responsibility money brings, I was not confident I could handle money on my own. Definitely agree that money allows us to express ourselves. I am welcoming abundance” Christina

“More potent than the synergistic combination of your “Releasing Everything”, “Living in 5D Reality” and your “White Diamond Meditation” energy journeys rolled into one track. Your best ever. Next Generation material for sure.” TG

“I wake up and listen with headphones every morning. Something in me craves this track and I look forward to it as the way to start my day… this track calms any stress or anxiety I may have. Thank you so much, Jarrad!” Mary Ellen

“This was literally Heaven Sent! It is a compilation of everything I am feeling and living and working on multitudes of levels. I played this when I happily discovered it last night and I had every condition, trauma, etc. that you spoke to! Thank you because it gave me the peace and serenity and physically corrected me. It wiped off layers of stuff and I feel it is such a magic elixir.” Lauren

“Putting twenty-four of these new generation tracks in one program? Really? Are you serious? Better add a warning label. Something like – “Caution: Hazardous to your existing 3D vibrations and limiting beliefs”. For those that have fully committed to change whatever it takes to improve their lives and have asked for assistance, well…seems like this inspired program is just what they ordered. What a great time to live in.” Tom

“Profound….so many synchronicities floating in as I experienced this energy journey. So much peace and calmness with the release. I cried many tears of release!” Dianne

“It immediately felt like all receptors open and ready for take off… exquisite….blissful…lovely…peaceful…opening…graceful…beautiful!” Karen

Imagine a full library of the most advanced Frequency Work layered with beautifully Cleansing and Clearing Frequencies, Loaded with Powerful Energy,
guiding you step by step
through each and every block to financial freedom?

Jarrad’d Energy Journeys normally sell for $75.00 each and his Musical Frequency Tracks at $35.00. You now get the benefit of BOTH modalities combined to offer you the absolute biggest potential and financial expansion all in one amazing experience! As a gift to you, this $2,310.00 abundance program, is being offered to you at just $197.00.OVER 7 HOURS of block busting, clutter clearing, reprogramming energy work from one of today’s most sought after leading edge abundance coaches.

How much is total financial freedom worth to you?