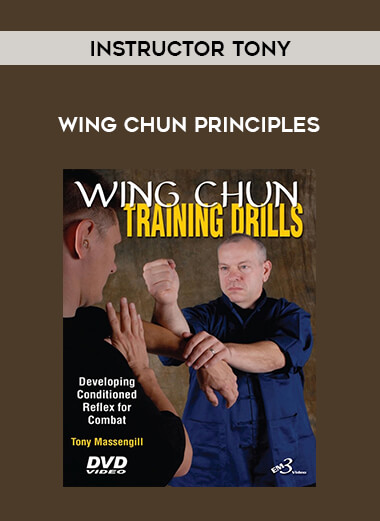 Wing Chun Principles by instructor tony Wing Chun is a logical and scientific martial art which uses principles of physics and biomechanics to teach students how to defend themselves effectively in real-life self defence situations.
HistoryWing Chun is one of the youngest and most contemporary styles of Kung Fu, having been constantly refined and adapted over its 300 years of existence.
Considered to be one of the three great martial art styles of Southern China, it was founded during the Qing Dynasty by a Buddhist nun, Ng Mui, of the famed Shaolin Temple.
Ng Mui, one of the top five fighters of the day, aimed at designing a more effective fighting method which did not rely on brute strength to be effective.
Legend has it that she found her inspiration after witnessing a fight between a stork and large rodent where the stork was able to repel the rodent’s attacks by using its wings and legs to attack and defend simultaneously.
She named her new style Wing Chun (which translates as ‘everlasting springtime’) after one of her top students, Yim Wing Chun, who used it to defend herself against an unwanted suitor.
Wing Chun differed greatly from other Kung Fu styles of the time in its theory, the structure of its movements and means of generating force.
It was not based on imitation (such as directly copying animal movements), but on natural, scientific laws, eliminating unnecessary movements to overcome and generate force in the most efficient way.
Over the years, Wing Chun was handed down to only a small number of dedicated students.
Yim Wing Chun taught it to her husband, Leung Bok Chau, who in turn passed on the knowledge to Leung Yee Tai and Wong Wah Bo.
Leung Yee Tai taught his son, Leung Bik, and Chan Wah Shun.
Both of these practitioners taught Yip Man, who went on to become a legend in martial arts circles and is still spoken of today.
Grandmaster Yip Man is credited with having rescued Wing Chun from having been wiped out in the Chinese Cultural Revolution by migrating to Hong Kong in 1948 and introducing the style to the general public.
Renowned as a teacher and an invincible fighter, he is considered to have refined and further perfected the system.
Grandmaster Chu Shong Tin was one of Yip Man’s earliest students, having commenced his training in 1951, and became one of his main instructors.
Acknowledged during his early years as the ‘King of Siu Nim Tau’, he is today the world’s leading authority on Wing Chun Kung Fu.
Grandmaster Jim Fung, who became Grandmaster Chu’s student in 1960, was one of the very few Wing Chun practitioners throughout the years who learned the entire Wing Chun system and reached the level of ability and understanding to be recognised as a Grandmaster.