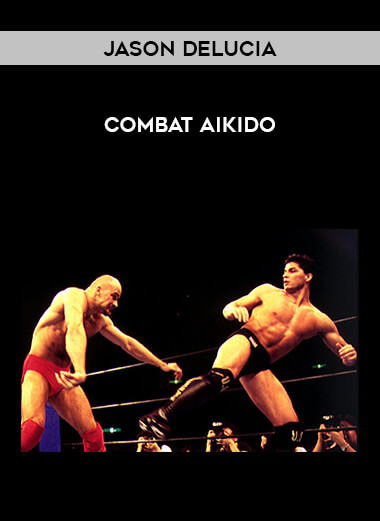 Jason Delucia studied aikido, pankraes (mixfighting), and the five animal kungfu style.
Participated in numerous mikfight competitions, including 34 wins in Japan ( 7 by knockout, 13 by painful, the rest is the decision of the judges)
21 was defeated by a draw.
His website contains detailed statistics (even the winning technique is indicated)
http://www.jasondelucia.com/record.htm

Since what Delucia shows is a workable aikido adapted for mixfight-type fights and focused primarily on surrendering the opponent from painful, rather than its destruction, the traditional name of the techniques is not always given, and a number of techniques are more likely from Daito-ryu, rather than aikido.

throwing on four sides, throwing over the thigh (koshi nage), throwing through the impact on the elbow (ude kime nage), throws on entry with a turn, practicing movements (sabaki)

Exits from the first control to painful ones on the elbow and neck, several ju-jutsu techniques such as arm leverage, intertwined arm throw (kami shiho ude garami), and various adaptations of traditional techniques for mixfighting positions