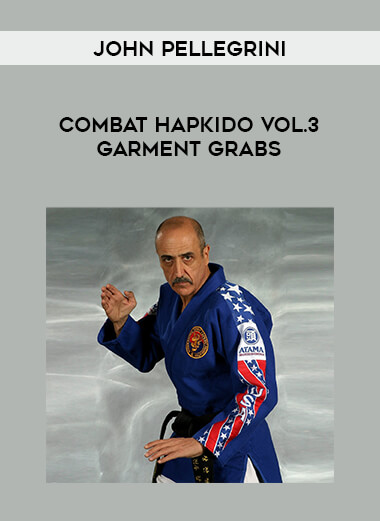 John Pellegrini – Combat Hapkido (Vols 1-4) – No manual.
VHS is NOT great quality.
Combat Hapkido (known in Korean as Chon-Tu Kwan Hapkido) is an eclectic modern Hapkido style developed by John Pellegrini in 1990 the grandmaster of the system who has a 9th degree black belt.
In 1992 Pellegrini created the International Combat Hapkido Federation (ICHF) as the official governing organization of Combat Hapkido.
The ICHF was recognized by the Korea Kido Association and the World Kido Federation, together known as the Kido Hae, in 1999 as a hapkido style.
The style is acknowledged under the Korean name Chon Tu Kwon Hapkido.
The World Kido Federation is recognized by the Korean Government as an organization that acts as a link between the official Martial Arts regulating body of Korea and the rest of the world Martial Arts community.
The inventor of Combat Hapkido was quite explicit in his stance that he did not establish a new martial art.
He remarked “I have just organized a new Self-Defense system based upon good scientific foundations and current concepts.\s”
For this reason Combat Hapkido is often referred to as the “Science of Self-Defense.\s” Combat Hapkido is a novel interpretation and application of a selected corpus of Hapkido skills.
The word “Combat” was added to Combat Hapkido to separate this system from Traditional Hapkido forms and to designate its concentration as Self-Defense.