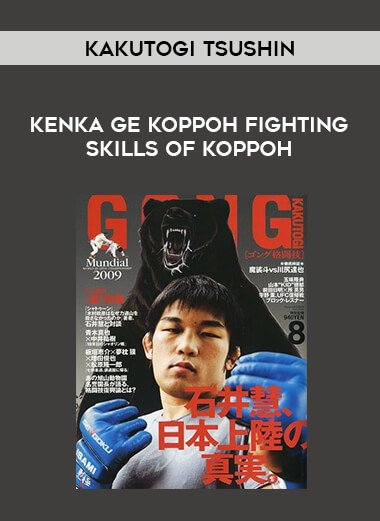 Hello; There is very little information available about this esoteric Japanese variant of “Wing Chun,” which is not tied to any of the lineages and just resembles Chinese art.
What I gather is that this japapenes branch is or was highly popular in Japan in the 1990’s, particularly after the success of MMA bouts and such.
TSUUSHIN KAKUTOUGI
This is the Japanese master of Koppoh; his moves are similar to those of other martial artists.
He has an old-fashioned beard style.
I’m sorry, but I don’t have any additional resources.
GE KOPPOH KENKA (Fighting skills of Koppoh)
Six fights appear to be part of the first Koppoh “festival.”
Koppoh is a striking technique that is distinct from Japanese Jiu Jitsu.
It has a decent following and appears to be a very efficient combat technique.
People interested in MMA, jiu jitsu, aikido, ki qi, and Japanese martial arts and fighting sports should check this out.
The video is only available in Japanese.