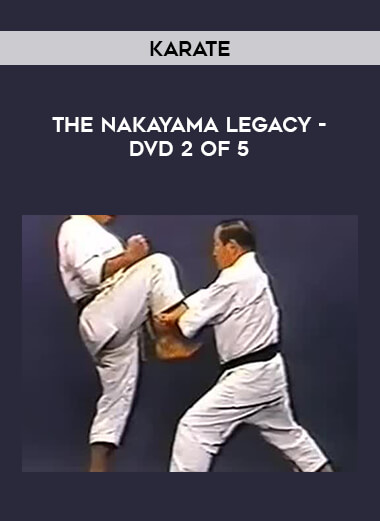 The NAKAYAMA LEGACY í the 1996 re-isue of a previously released instructional series of nine volumes on Shotokan kata, Plus the long kept away 1956 movie. Originally a series of ten volumes was planned, but due to the early decease of Master Nakayama, only nine volumes were completed. The series was supervised by the Japan Karate Association (J.K.A.) and edited by the J.K.A.- Teaching Staff. The sensational 1956 thirty five mm.movie of the J.K.A founding members features masters like Kase, Okazaki, Nishiyama and Kanazawa, led by Grand-master Masatoshi Nakayama. The film even shows a short fragment of Grandmaster Gichin Funakoshi.
The NAKAYAMA LEGACY:
Volume 2. TEKKI 2-3 BASSAI DAI