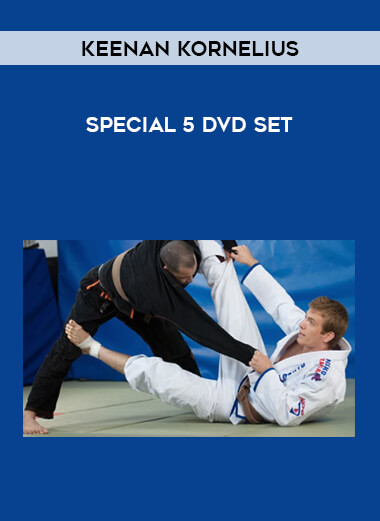 From Average Competitor To Champion In One Year!Over the past year Keenan Cornelius has virtually come out of nowhere to become on of the most well known Brazilian Jiu Jitsu Practitioners in the world.
In 2012 he became the first ever competitor to win double gold at every major tournament he entered as a purple belt.
Since becoming a Brown Belt he hasn’t slowed down one bit – winning double gold at every major IBJJF tournament as of this taping and even winning a spot in the most prestigious tournament in the world, the Abu Dhabi Championships.
At the same time Keenan has been dominating his belt levels, when given the chance in tournaments like the Abu Dhabi Pro and Grappler’s Quest, he has beaten some very top Black Belts.
Why should I care about his accolades… What can this do for me?Lets be honest though, why in the world should you care that Keenan has improved so dramatically in such a short time? Because that’s what separates Keenan from the other top competitors… until recently he wasn’t very good! In fact, he struggled mightily.
As recently as 2011 Keenan went to the world championships as a purple belt… and lost.
Like most of the other competitors there he went home with no medals.
Then something changed.
Keenan figured out a few concepts that the other guys weren’t doing.
Once he figured them out and drilled them repeatedly, his game broke out – broke out in a way that no one has ever done before.
In just a year, he went from total obscurity to grappling celebrity.
These Moves Will Help Your Game – Guaranteed!After winning double Gold – Again – at the 2013 Pan Championship – Keenan decided to make a DVD series to teach these breakout concepts.
The techniques and concepts he shows aren’t the run of the mill moves you can just look up free on Youtube.
He is going to break down the actual moves and drills he uses and practices.
His DVD series isn’t meant to just show techniques, it is meant to give the viewer 5 private lessons – and you can’t put a price tag on that.
He Has To Limit The Number He Releases…DVDs need to be ordered in advance and he can’t worry about DVD sales and the inevitable customer service requests and hiccups that go with it every day of the year.
That is why he will release them in limited batches.