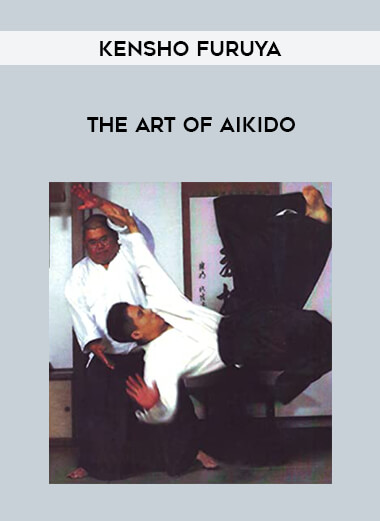 The late Rev.Kensho Furuya was a 6th Dan in Hombu Aikido and 6th Dan Kyoshi in Muso Shinden Ryu Iaido, with over 47 years experience in martial artists.
Furuya Sensei earned his degrees in Asian Studies at the University of Southern California and Harvard University.
He trained at the Aikido World Headquarters in Tokyo, Japan in 1969, under the late Kisshomaru Ueshiba Doshu and established his Dojo in 1974.
Furuya Sensei was ordained as a Zen priest in 1988 and received the honor to speak at the United Nations in the following year.
He was the author of many articles on martial arts and has appeared on many television programs speaking on the subject.
He authored the book Kodo: Ancient Ways, and the acclaimed video series, The Art of Aikido which is in nine volumes.
On March 6, 2007, Reverend Kensho Furuya passed away while teaching at the Aikido Center of Los Angeles.
“…
his final moments were in his beloved dojo, laughing with his loyal students.
For a soldier, the best place to die is on the battlefield and, even better, with a smile on his face.
”

Volume 1: Remembering the Founder of Aikido and Doshu• General Introduction to Aikido Techniques • The Principles of Entering and Turning • Keiko-Gi–The Practice Uniform • The Meaning of Practice.