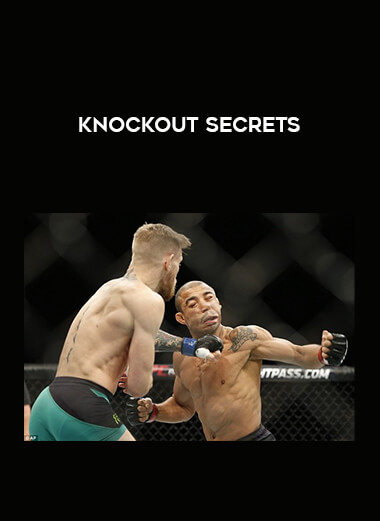 Knockouts are the most sought out subject in the history of combat sports.
“Knockout Secrets”, is the first film ever to be conclusive, about the ability of knocking out an opponent.
This documentary will take you on a quest to discover every secret of the knockout artist, and their abilities to K.
O.
a human being.
For as fast as the knockout comes, there is an immense amount of philosophies, strategies, training, technique and mental aspects behind the hardcore knockout.
If you want to understand why people knockout, the diverse techniques involved in knockouts, the secret strategies to obtain knockout abilities, or to take yourself to the next level and understand how to create your own knockout secrets; then you will find this film to be irreplaceable.
In this film you will discover the secrets of the knockout from the world’s greatest coaches, fight strategists, and knockout artists from mixed martial arts, boxing, muay thai and kick-boxing.
Starring:WANDERLEI SILVA, RANDY COUTURE, FRANK MIR, FORREST GRIFFIN, RAY SEFO, ANDREI ARLOVSKI, SHAWN TOMPKINS, TYSON GRIFFIN, STEPHAN BONNAR, ROGER MAYWEATHER, PHIL BARONI, DEMIAN MAIA, BAS RUTTEN, RICK ROUFUS, GUY MEZGER, MIKE PYLE, MIKE WHITEHEAD, JAY HIERON, GRAY MAYNARD, FRANK TRIGG, RON FRAZIER, JOHN ALESSIO, ALEX SHOENAUER, MARK BEECHER, GIL MARTINEZ, MARTIN KAMPMANN, KEN HAUN, JOE RIGGS, SKIP KELP, RAFAEL ALEJARRA, JOSH BURKMAN, GORAN RELJIK, SAM STOUT, CHRIS BEN, DEON SAVAGE, HECTOR RAMIREZ, AMIR SADDOLLAH

Be the first to review “Knockout Secrets” Cancel reply