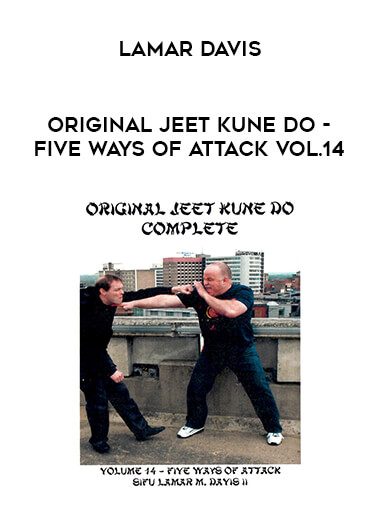 Bruce Lee had what he referred to as his Five Ways of Attack. One of the most important elements of attack is to close the gap on the opponent and strike without getting harmed in the process. Using Bruce Lee’s Five Ways of Attack as our fight strategy, we can do just that! Although they have always existed, Bruce Lee was the first to categorize them and expand on their possibilities. The first one is SDA, or Simple Direct Attack. Also in this category is SAA, Or Simple Angulated Attack. The second one is ABC, or Attack By Combination. The third one is PIA, or Progressive Indirect Attack. The fourth is HIA, or Hand Immobilization Attack (trapping hands). The fifth is ABD, or Attack By Drawing. Bruce Lee taught these five ways of attack to karate great Joe Lewis, who turned around and effectively applied them in point tournament and full contact fighting. Although Jeet Kune Do is not for sport, there is a way to apply the theories and principles for competition use.

*This video comes from a VHS converted to DVD converted to Digital. Every effort was made to keep the quality high and at DVD resolution but there was not a lot of editing so you may see static and VHS commands on the screen – especially at the beginning and end of the video.
——

This instructional video series on Bruce Lee’s Original Jeet Kune Do was in the making over a long period of time. My goal was to present the most in-depth and complete guide to training in Bruce Lee’s fighting methods ever completed. What resulted was this twenty volume set. It was originally filmed on VHS, then later converted to DVD when VHS suddenly found itself outdated. What will never become outdated, however, is the material shown and taught on these videos. The material taught and demonstrated on these videos comes from all three of Bruce Lee’s major schools in the United States (Seattle, Oakland and L.A. Chinatown). It is by far the most complete presentation of this material, and will probably remain so for all of time! It represents my life’s work in Jun Fan Gung Fu and Jeet Kune Do, and will stand for all of time as my body of work to preserve Bruce Lee’s original teaching, training and fighting methods. I hope you find this material useful (and entertaining), and that you can get something from it that may one day save your life or the life of a loved one! If that happens, then it has served its purpose! – Sifu Lamar M. Davis II