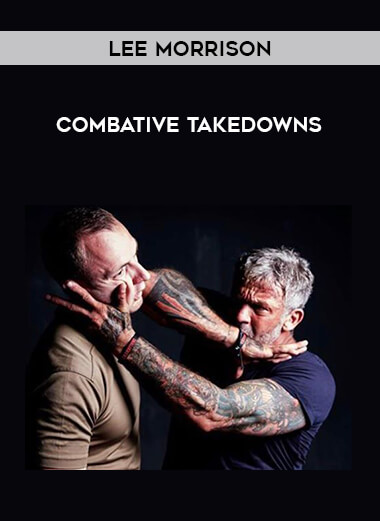 We have a few Lee Morrison [Urban Combatives] items in stock.
I thought I’d add a couple more.
Combative Takedowns is the second installment in his Secondary Tools series.
Description adapted from “Such methods are considered secondary to the primary goal of pro-active impact via our pre-emptive strike; however, taking a combative subject down to the ground quickly is frequently used as a transition from striking to putting the subject on the floor, while controlling his descent to prevent injury.
Depending on the severity of the circumstance and the rules of engagement, the goal may be to apprehend and control a noncompliant individual on the ground, as for a security operator or a police officer, as a prelude to handcuffing.
In more extreme situations, where the amount of threat equals the level of force, we seek for ways to maximize our combative effectiveness by causing environmental damage during a takedown by using a wall or a hard floor.
As with other solid Combative tools, we cover a range of simple dynamic takedowns, all of which are gross-motor in nature and tested under pressure.”