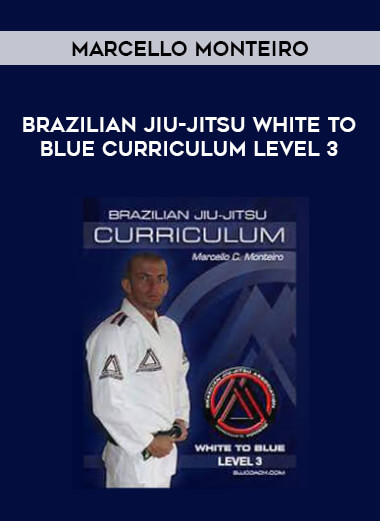 The Brazilian Jiu Jitsu White to Blue Curriculum series has 4 levels with a total of 180 techniques.

The BJJ Curriculum was created to develop all aspects of the fight game to take each student to their highest possible level for each belt.

Marcello teaches the most important techniques, tricks and details that speed up the learning process and facilitates the performance of each movement.

You will learn effective positions, how to attack and defend, counters and re-counters, guard passes, and set-ups to use when fighting more advanced training partners.

The techniques in this section are: