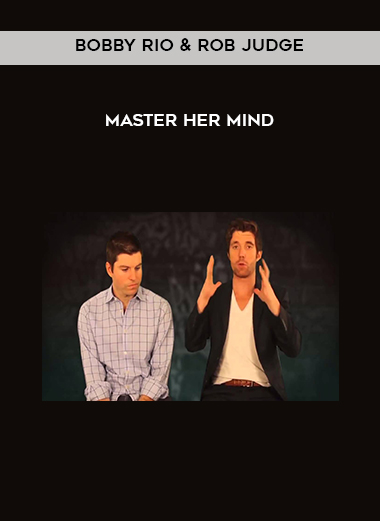 What If You Could PeEk Inside The Female Mind? And Discover Every Dirty Little Secret She Doesn’t Want You to Know?

What if you knew exactly what she secretly fantasizes about? What gets her dripping WET, turns her on, what she absolutely can’t resist?

Discover exactly why she’ll let some guys bang the shit out of her the very first night… While she makes other guys wait weeks just for a kiss on the cheek.

What are the “red flags” she looks out for that makes her go ice cold, lose interest, and abolish you to the friend zone prison…

We’ve Exposed Her Most Primal Desires

And these interviews are NOT your typical Cosmopolitan Magazine shit. We got these girls liquored up and spilling the dirty laundry…

Let Me Introduce You to SOME the Girls…

Details the subtle signals she sends to let a guy know she’s interested – and why when he doesn’t pick them up her attraction plummets.

After 8 years as a bartender Nikki breaks down the biggest mistakes she observes guys making… and a step-by-step game plan for banging the hot bartender.

Why they chase guys they weren’t initially attracted to, the traits that a man displays that make them dripping wet…

It’s like getting a PHD in the Female Mind

In “Master Her Mind” nothing is held back.

These Girls CONFESS everything…

So, if you ever wanted to listen in like a fly on the wall from women not afraid to reveal their most animal desires on camera….

Imagine how your life would be different, if you knew step-by-step how women want to be approached… the words they want to hear… how they want to be touched and seduced. Picture yourself knowing exactly what to say and what to do in any situation – because you’ve been told EXACTLY what works – straight from the mouths of real women!

3 Things we Absolutely Promise You

that fill the pages of mainstream magazine like Maxim or Cosmo.

(even if it’s not always what you want to hear)

Here are some more

One thing we discovered during these confessionals is that all women use some sort of “Test” when they first start talking to a guy… This is her way of testing how cool and confident you really are.

Here’s a secret: When you can spot these tests and know how to handle them… you have a HUGE ADVANTAGE over other guys.

Listen in as these women reveal the subtle tests they use to “weed out the week and needy men”.

It’s all about congruency. She’s on the lookout for clues that you’re a fraud. The good news is that when you know the clues she’s looking for its easy to win the game.

will Give You an Unfair Advantage

Your host for the interviews, Rob Judge, is an

And was voted one of the three best pickup artists in the world.

Rob has spent the last six years mastering the art of the seduction, the psychology of women, and exactly what creates attraction. So you can guarantee that he knows exactly what questions to ask, what buttons to push, and how to open up the floodgates and have these girls revealing things on camera they probably never imagined they’d say.

Unlike most mainstream hosts Rob has no problem getting edgy, being totally un-politically correct, and isn’t afraid to push the envelope. And isn’t afraid to call a girl out if he thinks she’s giving a bullshit response.

In fact, you can probably learn a TON about flirting and attraction just by watching the way Rob interacts with the girls. (Things definitely get a little frisky…)

Rob Gets Them to Reveal

Caught on Camera… I Won’t Tell You Which Girl….

But you can watch as an innocent interview escalates into a full blown MAKE OUT session… all caught on camera.

Apparently all the “sexual talk” works one of the girls up to the point that her and Rob can’t keep their hands off each other.

BREASTS may or may not have been exposed during THIS interview

I’m ready to listen in like a fly on the wall as these girls spill their deepest secrets and most intimate fantasies. And I’m ready to use these dirty little secrets to my advantage with every girl I meet.

All I gotta do is click the button below, right now:

Digital Download – You’ll receive your order instantly even if it’s 3 am!

Try it Risk Free for 60 Days

Look, I have total confidence in this program. Everything in Master Her Mind is covered by an unconditional, no-hassle, no fine print 60-day money back guarantee.

I’ve worked hard to get these girls spilling the most valuable information. I know that the seduction techniques they reveal will work and we’re completely confident that you will be able to seduce girls with them (this is all tested, proven techniques.)

That’s right: we’re 100% certain that if you do exactly what these girls reveal in Master Her Mind, you will get more dates (with the kind hot girls that you really want) or more sex, or you’ll finally make that one girl that you’ve always wanted totally and hopelessly attracted to you.

If you are not excited by the powerful female psychology revealed in theseconfessionals, we’ll refund every penny of the purchase price. I’ll even give you two full months to try it out.

This means you can listen to all 10 hours of confessionals. You can steal every secret for 8 full weeks. You can go out and test what you discover for yourself. If you aren’t happy for any reason, we’ll give you a complete refund, no questions asked.

Honestly though, the only problem I can foresee is guys not being ready for how effective this stuff is.

Hold on! This stuff is more effective than you think.

You might not be ready to have a girl physically hanging off you, trying to kiss you in front of everyone, asking (begging) you to take her back to your place or not taking no for an answer when she asks for your phone number. Some guys aren’t ready for that kind of quick escalation.

That’s one reason why I give you the 60-day guarantee. Then you have time to take it slower, if you want. But if you are frustrated and you want to change your luck RIGHT AWAY, you can immerse yourself in this course and totally go for it.

Hold on! This stuff is more effective than you think.

You might not be ready to have a girl physically hanging off you, trying to kiss you in front of everyone, asking (begging) you to take her back to your place or not taking no for an answer when she asks for your phone number. Some guys aren’t ready for that kind of quick escalation.

That’s one reason why I give you the 60-day guarantee. Then you have time to take it slower, if you want. But if you are frustrated and you want to change your luck RIGHT AWAY, you can immerse yourself in this course and totally go for it.