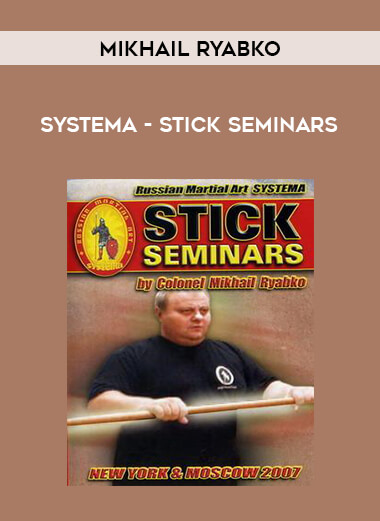 The legendary Mikhail Ryabko is a Chief Instructor and founder of Systema.
He is also a Colonel of Russian Special Operations Units with 25 years of real military experience.

Watch Mikhail in New York and Moscow at his remarkable seminars, where he takes a stick onto his hands and turns it into an incomparable training tool and unsurpassed fighting weapon.
Expertly progressing from simple to more challenging drills, he prepares your hands, fingers and wrists for handling a stick and gradually works through the rest of the muscle groups.

He guides you through partner and solo work, demonstrates subtle and exceedingly strong stick movements utilizing the wrist alone.
In a clear and unique way, Mikhail shows how to fill the hands with freedom and power without tension.
For the first time on film, you can see the famous work from Mikhail of

– tying up with a stick and gain the deep and profound skill of training and applying the stick in a confrontation.
For our Russian speaking viewers:All explanations in this film are in both languages – English and Russian.