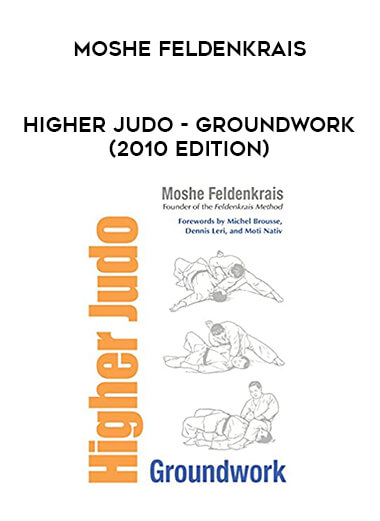 Description: 281 pages scanned, OCRed & bookmarked to PDF.
Higher Judo – Groundwork (2010 Edition)Dr.
Moshe Feldenkrais is best known for pioneering the somatic therapy that bears his name.
Less well known is that he was also one of the earliest European practitioners of the martial art of judo and wrote a number of influential texts on the subject.
Primary among these is Higher Judo, first published in 1952 and now reprinted with a new foreword that offers useful context and elaborates on Feldenkrais’ comprehensive—and still timely—approach to the martial art and to the body.
Judo was a natural choice for Feldenkrais’ fascination with body/mind exploration and how to promote optimal functioning through awareness.
In Higher Judo, he presents judo as the art of using all parts of the body to promote general health, and as part of the “basic culture of the body.
” He reveals judo’s potential for creating a sense of rhythm of movement andimproving mental and physical coordination.
Higher Judo covers specific movements and positions—the astride position, the six o’clock approach, falling techniques—in both the text and the clear line drawings.
Even more importantly, it shows how such groundwork can help practitioners develop their mental and physical awareness to their full potential.
“It’s how Feldenkrais addresses the deeper benefits of Judo practice that elevates Higher Judo from just a good book to a classic.
“-DENNIS LERI, from the forewordMOSHE FELDENKRAIS, D.
Sc.
, (1904-1984) cofounded the Jiu -Jitsu Club de France.
He studied with Jigoro Kana (the founder of judo) and other great pioneers of the art Including Mikonosuke Kawaishi and Gunji Kaizumi.
MICHEL BROUSSE, a seventh-degree black belt, teaches the cultural history of sport and the didactics of judo at Bordeaux Univernity in France.
He is the author of numerous books and articles on these subjects.
A former member of the French national judo team, he currently serves as Research Director of the International Judo Federation.
DENNIS LERI is one of Moshe Feldenkrais’s original American students, with more than thirty yearn of experience teaching the Feldenkrais Method and training new practitioner.
His martial arts practice includes boxing, aikido, Chen-style t’ai chi, and Lan Shoo Kung Fu.
MOTI NATIV is a Feldenkrais Method practitioner and martial artist.
He leads theBujlnkan Shiki (Awareness) Dojo with branches throughout Israel and holds seminars in Israel, the U.S., Europe, ana Japan.
Published by Somatic Resources