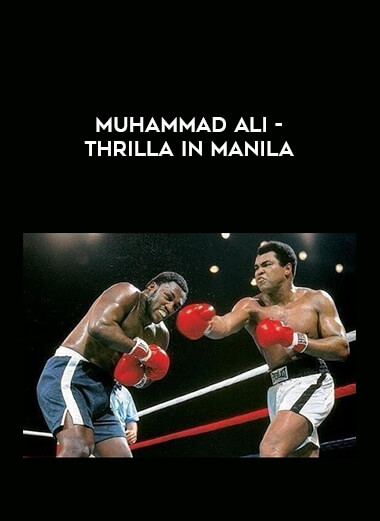 NBC Sports put together this special program for its “Greatest Bouts of All-Time” Series, which originally aired in the early 1990’s.
Hosted by Marv Alpert and the “Fight Doctor” Ferdie Pachecho, the two review the bout round by round with commentary from Frazier, Angelo Dundee, Eddie Futch, and the referee Carlos Padilla.

It is very well done, with a good introduction to the fight, the controversy that surrounded it, Frazier’s personal hatred of Ali, and of course the exciting bout itself.

The fight is spectacular, Ali taking the early rounds, Frazier taking over the middle rounds, and then the slugfest finish! Both fighters gave everything of themselves in this their last fight.

Although I personally believe their first fight in 1971 was better, this is certainly a fight worth every frame of film.
It is certainly one of Ali’s greatest fights.