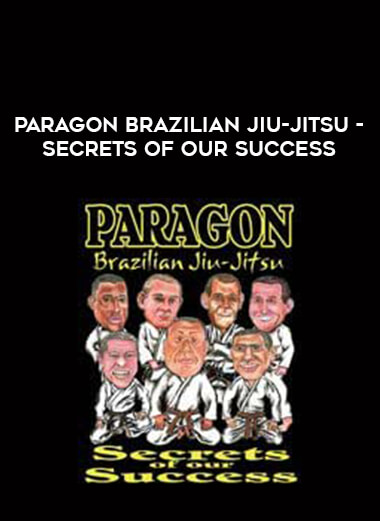 A native of Rio de Janeiro, Brazil, Ricardo ”Franjinha” Miller started training Jiu-Jitsu with the legendary Prof Romero Cavalcanti ”Jacare” founder of Alliance Team, in 1989.
With his black belt, Ricardo set for himself challenges extending beyond Brazil.
In 1996 he came to the United States to compete and to teach.
He was proved to be successful at both.
With American partner Mike Florimbi, the Paragon Academy of Brazilian Jiu-Jitsu was founded in 1998 in Santa Barbara, California.
Paragon BJJ Academy produces some of the finest Jiu-Jitsu practitioners in the U.S.and now we open up our arsenal of moves to you.
For the first time, learn from four Black Belts and three Brown Belts in the same DVD.
Each technique is explained and displayed clearly, so all of the intricate mechanics of the move are shown.
Over 30 of the Paragon family’s best Brazilian Jiu Jitsu techniques are featured including the five best moves from all the best fighters we had produced.
Starring Tyrone Glover, Jeff Glover, Adam Benshea, Lalo Salazar, Aurelio Gallegos, Bill Cooper and Ricardo “Franjinha” Miller.
Also we could not forget to include Interviews, Bonus section and the ever so funny Blooper section.
Whether you are beginner or advance this instructional collection features something new for everyone.