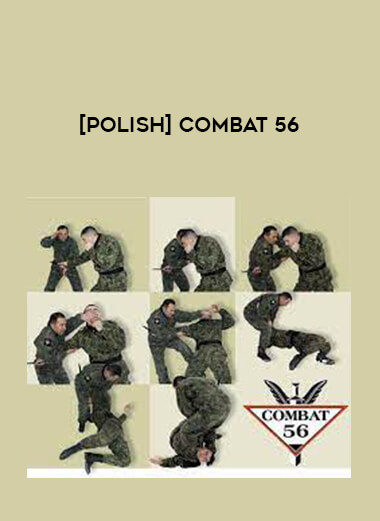 Combat 56 is the name of a combat technique invented by Major Arkadiusz Kups, a Polish former commando of 56th Special Company.
The technique is named for a troop of elites, the 56th Company, who were trained to maneuver behind enemy lines.
Major Kups came up with the idea to develop a system for close combat techniques that could be learned quickly.
The emphasis is placed on attacking the soft and vulnerable parts of the human body and utilizing natural impulses in order to protect oneself against attacks.
This martial art was turned into a sport and self-defence, not unlike judo.
Its 40 min, propably VHSrip, with Major Arkadiusz Kups

Be the first to review “[Polish] Combat 56” Cancel reply