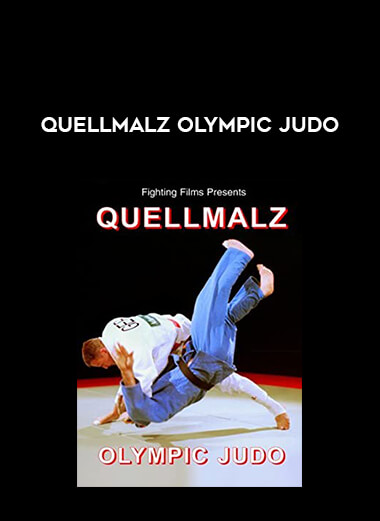 Quellmalz is a master in both Newaza and Tachi-waza. In this DVD he exhibits his unique tactics, tactical talents and exceptional grips. All are initially presented in a studio at full speed, followed by slow motion replays from several viewpoints. They are then shown with several competitive instances from Quellmalz in German, European and World Championships, and all five of his triumphs at the 1996 Olympics.

Extra features on this DVD version include the route to world championship triumph, including longer clips of Quellmalz in action at the 1991 and 1995 World Championships. There includes a photo gallery, film trailers and an interesting interview with Quellmalz where he talks about his early days as a judoka in East Germany and his supremacy at international level.

Quellmalz, Olympic Judo is the first production in the best-selling DVD coaching masterclass series, which currently includes Koga, Jeon and Inoue. It is a necessity for all judo aficionados.

Be the first to review “Quellmalz Olympic Judo” Cancel reply