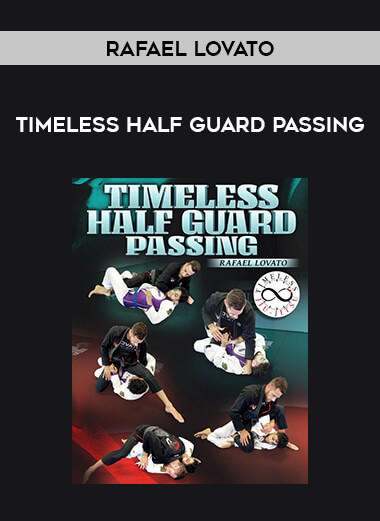 Dismantle, Deconstruct, and Pass the Half Guard with One of The Greatest Guard Passers in The History of BJJ Competition, Rafael Lovato Jr.

Rafael Lovato Jr. is one of the most sought after instructors in the world and one of the greatest American competitors of the last two decades, boasting a treasure chest of IBJJF Gold, multiple prestigious grappling titles, and an undefeated MMA record (Bellator 10-0)
Pick apart bottom players with a legendary technique that will neutralize flexibility, movement, and shut down your opponent’s ability to attack in one complete system
Lovato Jr. has had so much success passing from top half guard that he refers to it as the “half mount” and he wants YOU to feel the exact same way about this dynamic position