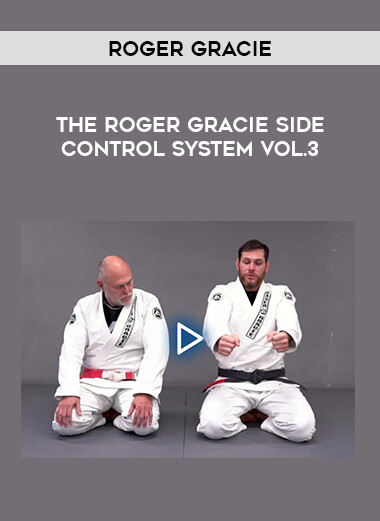 With 10-Time World Champion Roger Gracie’s instructional series on systematically attacking from top position, you’ll learn how to completely dominate from side control. Roger, who was coached by his father Mauricio, is one of the most successful gi competitors of all time, and you may now benefit from their technical skill with his distinctive set of attacks.

Improve your top game by understanding all of these excellent submission locks, including those employed by Roger to win some of his most important fights. Lock on lapel chokes, arm locks, triangles, wristlocks, and other techniques that may be employed in lethal combinations.

Even against the world’s best black belts, Roger’s game has always been based on core principles and movements that work against everyone. You may now benefit from his knowledge as he discusses the secrets to success that you can utilize to improve your game.

When your opponent defends one play, Roger and Mauricio open up another, and you can now profit from this gameplan as he walks you through not just technique but also strategy. Get intimate information from this grappling veteran as he shares his experience.

Be the first to review “Roger Gracie – The Roger Gracie Side Control System Vol.3” Cancel reply