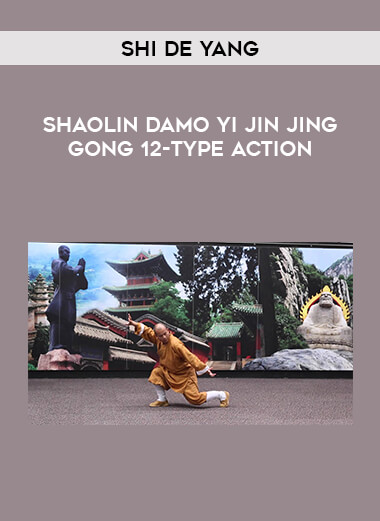 description:
Shi.De.Yang 1968, is the highest for the Shaolin monks generational.
15-year-old began study with a teacher, the late prime hi Master your pupil, is also the world-famous monks today.
As the 31st generation successor of Shaolin Kung Fu, he has participated in many Zhengzhou International Shaolin martial arts competition was particularly outstanding award, and he would have to go to Germany, the United States, Italy, Japan and other countries to teach boxing art, many times the rate Songshan Shaolin Monks Mission trip to Southeast Asia, Western Europe, Northern Europe and North America countries have, for the Shaolin martial arts have made an outstanding contribution to the international According to the famous martial arts historical archaeologist Mr.
Tang Hao’s research, “Yi Jin Jing” is the time in the late Ming and early Qing, the Tuo Damo Tiantai purple false name condensate Taoist book (heard of single-Fang Tian, “Romance of the sword “The friend should know that there is gold inside the ancient sage love Lotus, the prototype is said to pour the purple Flyover.
Romance of the sword into the first book in the early Qing).
Martial arts qigong, martial arts and ancient regime followed patients developed, to the late Ming and early Qing mature form system.
And “Yi Jin Jing”, standing in the history of martial arts qigong, its birth, is a Chinese martial arts qigong maturity.
Yi Jin Jing after the introduction of Shaolin, Shaolin monks are now learning the “Yi Jin Jing”, is fusion of the “Yi Jin Jing” and “internal strength map” post-exercise approach.
As for the “Xisui Jing”, they can not test.
“Yi Jin Jing” as a sign of maturity of Chinese martial arts qigong, there are more mature and complete their martial arts qigong on the theory and practice Gong (Gong practice is said to belong to that part of the internal structure diagram), so to speak, Yi Jin Jing China’s ancient martial arts of a martial arts qigong essays.
Another legend: “Damo Yi Jin Jing” legend is a health Dharma Gong ancestors have been for hundreds of years of history, not only in the Shaolin, the community is widespread.
The practitioners of this function, preferably in a small quiet place where people work hard exercise, adhere to every day, many times practitioners to receive good results.
Shaolin Gong, the name a lot, “Damo Yi Jin Jing” is also one of the first power law, it has always been very popular in the folk, the power law is characteristic, it can clear all the meridians the internal organs, fat power fast effective speed.
A man with decades of hard exercise time, so now you have one or two power laws to make vigorous efforts in order to master before they can exercise a true Master.
“Damo Yi Jin Jing”, is a good way to China’s one kind of fitness, this power to God, body, air three, that the human spirit, body and breath together effectively, through a gradual, persistent, hard workout, to internal organs, 12 meridians, kidneys and body meridians fully conditioning, and then to physical health, disease prevention and control, against premature aging, longevity.
Chinese medicine holds that the body’s 12 meridians run blood, 12 meridians is unobstructed blood to reconcile, in good health.
Conversely, 12 General Principles of the Qi meridians do not, all diseases start HEALTH.
Human whole body muscle, by 12 meridians along Route is divided into 12 meridians.
12 meridian meridians in 12 among the twelve meridians on nutrition and play leading role, while the 12 meridians of the 12 meridians also plays the role of protection and regulation.
So-called “Yi Jin Jing” in bars, refers to the 12 meridians.
“Easy” is to change and improve, “Yi Jin” is to improve the 12 meridians.
“Yi Jin Jing” is a way to improve the 12 meridians (classic), but the fundamental purpose is to cultivate 12 meridians.
Specific analysis, Zhan Zhuang whole time in the excited state by the tendons, thereby strengthening the tendons through the line after being on the meridians of the conductivity.
The key here is Zhan Zhuang posture when accurate, because each situation is for the pile of position by the bar and set practice, if the action can not place position, but also a clear standard position, as far as possible to do.
Yi Jin Jing is different from ordinary physical activities, physical activities in general through training 12 tendons, but not systematically carry out a certain practice by the bars, it is difficult to start the 12 meridians.
The Yi Jin Jing’s mysterious in that it adopted a specific position, so that the whole by the tendons in the excited state, thereby stimulating the meridian corresponding to the whole, so that the entire state of meridians in order to strengthen the meridians of Communications and Navigation , making the blood smooth, enhancing the body’s inner power – real power (interior strength internal force).