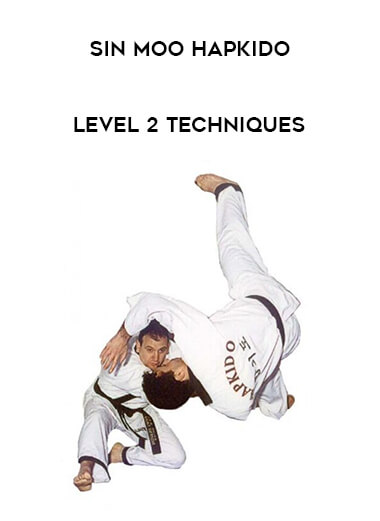 Techniques of Sin Moo Hapkido Level 2
Sin Moo Hapkido is a martial art that incorporates both “hard” and “soft” methods. It is connected to its parent art, Hapkido, but it emphasizes contemplative, philosophical, and Ki development training. Hapkido is sometimes translated as the means of directing power, emphasizing the physical techniques for which Hapkido is well-known. Ji Han-Jae, the inventor of Sin Moo Hapkido, conveys the concept in a different way. Hap is a word that implies to bring together, collect, or harmonize. Ki is the energy or breath in the body that links the mind and body, and “Do” is the technique or manner in which this occurs. He defines Hapkido as “the technique of harmonizing the mind and body via the use of ki.” “Moo” means “martial art,” and “Sin” means “higher mind or higher soul.” Sinmoo Hapkido translates as “the technique of employing martial arts to reconcile the mind and body in order to achieve a higher, more enlightened condition of life.” [1] Table of Contents

There are seven essential rules.

Dojunim Ji and Han Jae (b. 1936) created Sin Moo Hapkido in Seoul, South Korea in 1983, with the help of Merrill Jung and other members of the Northern California Hapkido Association. Ji’s prior hapkido programs, which he constructed from his three teachers and own research, served as the foundation for the curriculum. Ji, Han Jae was an early (Dan #14) pupil of Choi, Young Sool, the creator of Hapkiyusool, a precursor of Hapkido, as well as a disciple of Master Lee and Grandma. Despite being founded in Seoul, the first official Sin Moo hapkido school opened in 1984 in Daly City, California, when Ji began teaching his new art. With the fundamental Hapkido training, Sin Moo Hapkido integrates a concept of nonviolence, self-improvement, flexibility, and physical, emotional, and spiritual balance. Furthermore, Sin Moo Hapkido formalizes a number of approaches, however advanced trainees are asked to synthesize their own work. Sin Moo Hapkido emphasizes the usage of energy flows as well. Holds, joint locks, throws, re-direction, kicks, punches, blocks, pressure points, weapons, and energy flow techniques are used in Sin Moo Hapkido. Joint Locks and Holds Holds and joint locks are usually used to control an attacker. They are largely defensive, but can be construed as assaults at higher levels. At the 4th dan black belt level, 30 specific attack techniques based on variants and combinations of fundamental locks are taught. Throws, re-direction, and blocking Throws and re-direction of an aggressor’s energy utilise the circular motion concept (Won) of Hapkido to continue their own motion. The outcome of these approaches is determined by the initial energy of the strike; a soft or weak attack will necessitate a modest or soft re-direction. A massive or strong attack will result in a far more forceful re-direction or throw, resulting in a more catastrophic outcome for the attacker. The blocks used in Sin Moo Hapkido are often re-direction blocks, although some are designed to be used to stop an aggressor’s strike and so are hard blocks. Also legs are employed for blocking.
Punches and kicks
Sin Moo Hapkido employs a wide range of blows. Out of the 25 defensive kicks in Sin Moo Hapkido, 25 are helpful in “street style” defensive scenarios that counter incoming attacks. Two are specifically designed to block kicks, although several of the other kicks can also be utilized in this manner. Many of the kicks are intended for usage in confined locations such as hallways or crowds. Following the basic 25, the student learns 7 spin kicks, followed by several unique kicks. Special kicks, which include doublekicks, flyingkicks, from the ground done kicks, jumpingkicks, and combo kicks, are more difficult to learn yet require more space to be employed. There are various hitting methods in Sin Moo Hapkido. Energy Flow and Pressure Points In Hapkido, pressure points are used to control the physical body and to manage the body’s Ki in order to stop, disarm, and disable an assailant or heal a patient. Sin Moo Hapkido makes use of 25 of the body’s approximately 600 pressure points. Pressure points are sometimes known as crucial points. Revival Techniques is a branch of Sin Moo Hapkido that focuses on pressure point fighting and eastern medicine. Weapons Weapon training in Sin Moo Hapkido includes using a short stick (Dan Bong), a long stick (Jang Bong), a sword (Kum), a cane, a handkerchief, a long belt/scarf, thrown weapons (knives, pebbles, etc…), and converting ordinary things to use as weapons. Weapon training is taught at the black belt levels, however knife defense methods are taught at the brown belt level.

UniformThere are various variants in Sinmoo Hapkido uniforms because there was no official uniform for many years. For the first 15 years or so, most European schools utilized white uniforms with black trim, whereas most American schools used plain white judo costumes. The current approved uniform is a grey colored dobak with bottom ties (for leg weights), yet many participants choose to leave the legs free. On the left lapel is a World Sinmoo Hapkido emblem, and on the back is an oval-shaped Sinmoo Hapkido logo. Ki Breathing and Meditation Meditation methods abound in Sin Moo Hapkido. They are a blend of Buddhist, Confucian, and Taoist activities that emphasize Ki development and opening the “mind’s eye.” The first exercise in Sin Moo Hapkido is Danjon(Tanjun, Tanjon, Danjun) Breathing, which is comparable to Chinese Qigong techniques. Classes in Sin Moo Hapkido often begin with danjon breathing and conclude with meditation. There are nine fundamental rules. Sin Moo Hapkido’s fundamental rules are divided into three groups, for a total of nine rules. The first three are linked to Confucianism. The second is associated with Buddhism. The final three rules are associated with Seon Buddhism and Taoism. These guidelines will assist the Sin Moo Hapkido practitioner in living a happier and healthier life. Physical:

Body Grab and Behind Defense

Techniques for Crossing Your Hands on Your Wrists

Wrist Techniques Side by Side

Techniques for Sitting and Lying Down

Throws in the Yudo Style