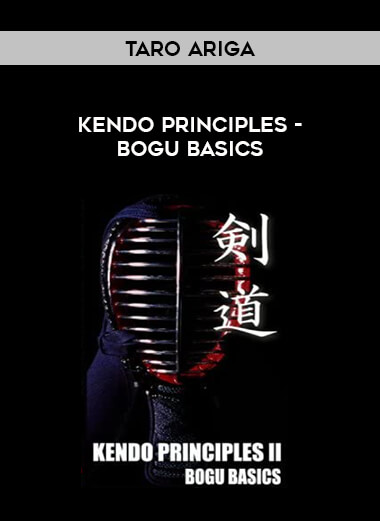 Kendo Principles Part II explains the basic movements of Kendo using the actual Bogu (Protector Armor for Kendo). It also illustrates examples, and incorrect moves which students tend to make. This video can be a useful self-training guide for Kenshis who were recently allowed to wear Bogu. Dojo Instructors can also take full use of this video as an additional instruction material for their students. This video is all narrated in English, for easy understanding and the camera is taken from various angles. Many slow motion shots were taken to illustrate good and bad examples from different angles.

“I started Kendo in Brazil in 1975, and since then I have visited many different Dojos all over the world. I was very fortunate to have been taught by many different Senseis, who were all great instructors. They taught me not only Kendo techniques, but also the fundamentals of human character. I would like to thank all my Senseis and fellow Kenshis, who had the patience to practice Kendo with me.
Many people asked me if there is a good instructional Kendo Video in languages other than Japanese, and I was not successful finding one. This is the reason I decided to develop one myself, with the hope that it will help many people interested in Kendo outside of Japan.
This Video is based on what I have learned and developed during the 27 years of my Kendo career. My Kendo knowledge is not any close to perfect, however I have tried my best to introduce everything I know, and what I have been taught.
I am open to any comments or suggestions, in order to improve the quality in the next edition of this video series.”

This is the Part II of the video series that Taro Ariga is making with Koby Shimada. More advanced techniques, drills, class teaching techniques, tournament rules to come in the near future.