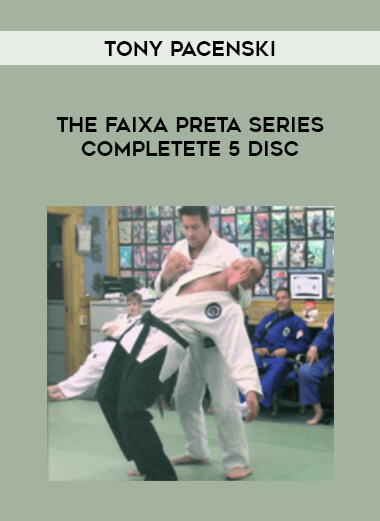 My name is “Little” Tony Pacenski, and I am a Black Belt in Brazilian Jiu Jitsu (FAIXA PRETA). I can tell you that I have a lot of tactics to share with you after spending 15 years learning the art of Brazilian Jiu Jitsu and graduating to Black Belt in 2006 under Professor Rodrigo Medeiros of the Carlson Gracie Team and co-founder of the BJJ Revolution Team.
Since creating my instructional DVDs, I’ve had one goal in mind: to teach certain aspects of Brazilian Jiu-Jitsu that anyone, regardless of skill, could comprehend and use.

SOULFIGHT.NET has put together a bundle of all my curriculums found in the FAIXA PRETA SERIES and THE BJJ SEMINAR SERIES in response to worldwide requests from friends and Jiu-Jitsu aficionados like you. For the first time, all of the instructional DVDs are available as a complete package! “Little” Tony Pacenski M.A. Ed. Curriculum & Instruction 1st Degree Brazilian Jiu-Jitsu Black BeltBJJ Revolution Team- Redondo Beach