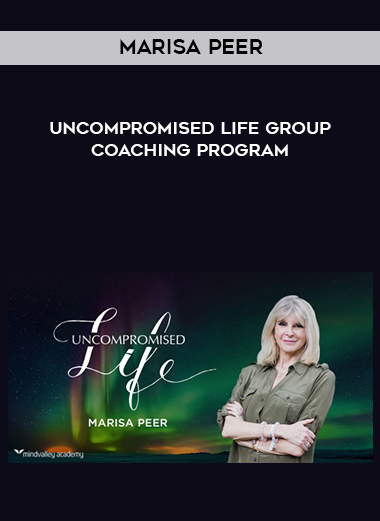 I’m going to share with you what new research reveals is the exact reason why your road to success is paved with hard work and struggle, even when you have tried everything from goal setting techniques to execution strategies, productivity hacks, time management tricks and perhaps even personal coaching.

This is what makes the difference between 99% of the population and the 1% that forms the world’s top extraordinary achievers — Olympians, Hollywood Stars, A-list Singers, Business Heroes and the like.

If you’re ready to start achieving all the sets big audacious goals you’ve set for yourself, prepare to be excited.

Mindvalley has been recognised for Workplace Happiness (World Most Democratic Workplace Award 8 Years Running) and as Top Ten in Customer Support worldwide by Nicereply.com.

You know the feeling.

It starts off as a slight disappointment. Then it’s a feeling of desperation. It turns quickly into self-hatred followed by a gradual draining of every ounce of excitement in your life. That’s how goals, especially big audacious goals, die.

Henry David Thoreau described it perfectly when he said, “The mass of men (and women) lead lives of quiet desperation. What is called resignation is confirmed desperation.”

But the real reason why this happens is because…

At The Core Of Your Being, You Resist Success

This kept puzzling psychologists and philosophers for decades, perhaps even centuries. Why would people want something and then subconsciously sabotage its fruition?

It’s because our primitive reptilian brain is trained to reject the unfamiliar and stick to the familiar. It’s for our own good. It minimizes uncertainty and reduces the drain on our daily energy. Because who wants to wake up every morning and figure out new ways of driving the same car?

But the problem is this: Success, to most people, is UNFAMILIAR. That’s why your brain keeps resisting it. Lead scientist Denise Park of the University of Texas at Dallas says, “It seems it is not enough just to get out and do something — it is important to get out and do something that is unfamiliar and mentally challenging, and that provides broad stimulation mentally and socially.”

That’s why I believe if there’s ONE thing that can dramatically increase your chances of success, it’s this…

What I found out after decades of working with the top 1% of super-achievers is there are eight transformations you must experience in order for your mind to categorize success — the kind that’s massive, unprecedented and genuinely authentic — as familiar.

You see, under normal circumstances, our brain dictates what we do and achieve. After these eight transformations, your brain gets ALIGNED to what you WANT to do and achieve. It’s the final piece of the jigsaw puzzle that you’re looking for. Once this is in place, all it requires is a bit of imagination for you to live the life beyond your wildest dreams.

That’s why I created this program called…

Uncompromised Life: An 8-Week Journey To Impart In You The 8 Transformations Of The World’s Top Super-Achievers

The eight transformations will have profound, earth-shattering effects on your confidence, self-esteem, career success, relationships, self-belief and work ethic. You will be leading an uncompromised life — a life where you enjoy success, abundance and freedom in all areas of life without having to wait for years.

You get the techniques, the tools and the coaching you need in eight interactive group coaching sessions that bring instant transformation using a special technique I’ve developed called transformational hypnotherapy.

The best part is… if you’re already enjoying success in some area of your life, these eight transformations will turn that success from a one-dimensional picture to a multi-dimensional sculpture. Which means that you have it all — the amazing relationships, lucrative businesses, incredible experiences, emotional peace and happiness and just about anything and everything your heart desires.

You enter the realm of the world’s top 1% of super-achievers. And you do not have to wait for years. The gate swings open when you take action now.

Meet Marisa Peer: The Master Of Instant Breakthrough Revered By The World’s Who’s Who

Her tools and techniques aim to bridge the gap between 99% of the population and the top 1% of super-achievers she works with. She’s discovered eight unique Mental Thought Models (which are the result of the eight transformations) that will do this for most people.

Her method? Instant Transformational Hypnotherapy. Using this, she’s known for healing clients with just ONE session rather than having them come back over and over again.

As well as being a hands-on therapist for her clients, Marisa also lectures, writes columns and appears on television and radio all over the world. She’s written four bestselling books, highlighting the wonders of Transformational Hypnotherapy in varying fields such as losing weight, getting pregnant, gaining confidence and staying young.

Marisa Peer was named Best British Therapist by Men’s Health magazine and features in Tatler’s Guide to Britain’s 250 Best Doctors. She has spent 25 years working with an extensive client list including royalty, rock stars, actors, professional and Olympic athletes, CEOs and media personalities and has developed her own style that is frequently referred to as life-changing. Marisa is a best-selling author of four books and appears extensively as an expert on television and radio. She is the nutritionist for Men’s Fitness magazine and the therapist in the Sunday People’s Heart to Heart column, she also has her own weekly Mind column for Closer Magazine and is recognised worldwide as a leading infertility expert.