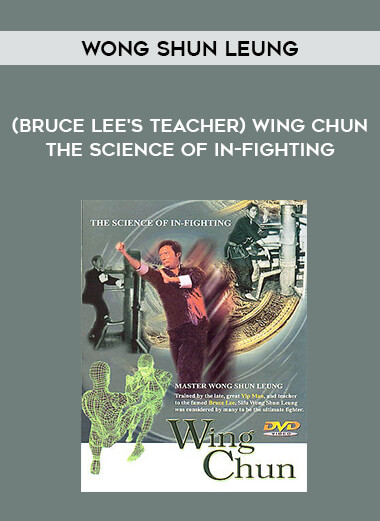 Wong Shun Leung (1935-1997) was a master of Chinese Wing Chun.
Wong Shun Leung began studying with Yip Man at the age of 17 after questioning the school.
Wong Shun Leung had trounced one of the senior pupils on his own before going head to head with another.
The curious Yip Man then confronted Wong Shun Leung and found himself entirely subjugated by him.
Yip Man was first concerned that he would cause difficulty for Wing Chun because he already had a reputation as a fighter at this age.
Indeed, Wong Shun Leung’s proficiency as a Beimo fighter contributed to Wing Chun’s formidable reputation.
[1] “Beimo” fights were semi-organized bare-knuckle challenge bouts amongst Hong Kong youngsters.
Wong Shun Leung, who was just 5’6″ tall, took part in maybe over 100 of these challenge battles and was never defeated.
Gong Sau Wong, King of Talking Hands, was given to Wong Shun Leung.
When asked if he was the world’s finest fighter, he answered, “No, merely the second best.” “I don’t know, I haven’t met him,” he answered when asked who was the greatest. Wong Shun Leung stayed with Yip Man for a much longer period of time than most of Yip Man’s other prominent students.
Wong Shun Leung assisted Yip Man in the classroom while working for him, although he did not launch his own school until the late 1960s.
Wong Shun Leung taught Wing Chun until his untimely death from a stroke.
Among his students was Jeet Kune Do creator and martial arts icon Bruce Lee.
Lee also screen-tested Wong for a role in the ill-fated Game of Death and communicated with Wong Shun Leung on the subject of fighting science.
“Even though I am (officially) a student of Yip Man, in actuality I got my Kung fu from you,” Lee said in one letter.
There are currently several films available on the Wing Chun combat system, some of which span multiple volumes and extend for two or more hours.
This tape, on the other hand, while one of, if not the, oldest accessible, is by far the best of the group and gives far more than goods running three times as long.
Featuring the late Sifu Wong Shun-Leung, Bruce Lee’s instructor and classmate.
The tape is organized as follows: 1) Wing Chun History, 2) Basic Principles (including footwork and “Centreline Theory”), 3) ‘Siu Nim Tau’ form and form breakdown/applications, 4) ‘Chi Sau’ concepts and applications, and 5) a brief explanation of additional forms and weapons.
While not as in-depth as more current videos have attempted to be, this tape brilliantly exemplifies the Wing Chun principals of SIMPLICITY, DIRECTNESS, and EFFICIENCY by delivering so much to the spectator with its uncomplicated approach.
For the uninformed, this is an excellent introduction to Wing Chun, and for the committed devotee, it is a wonderful reference and tribute to a real-life legend in the discipline.
This video is an absolute must-have for martial arts enthusiasts.
If there is anything negative to say about it, it is that the sequel cassette indicated at the end of the program was never made, which is a shame given Sifu Wong’s death in 1997.
Enjoy!
Shaolinsun

Master Wong Shun Leung was trained by the late, great Yip Man, who also taught the legendary Bruce Lee. With the international cinematic success of the late King Of Kung Fu, Bruce Lee, the WING CHUN Kung Fu style became widespread. Master Wong Shun Leung brings Lee’s initial martial arts training to light once more. WING CHUN has become one of the most sophisticated combat styles in existence because, similar to Western Boxing, it uses Economy of Motion as its foundation – however, it outperforms Boxing as a martial art by utilizing the entire body as a weapon – the legs are used for blocks, kicks, and trips – the hands are used for blocks, grabs, throws, and strikes. For the first time on film, the unique integrated theories of the human body’s split into -Four Gates-, the Centerline Principle, and the Sticky Hands technique of attack and defense, which follow the delicate flow of an opponent’s Kinetic Force, are shown. The numerous patterns are shown in their full here; they are basic and easy to master for beginners. The fundamental principles are broad enough to entice even the most experienced practitioners. WING CHUN is a martial technique that is practical, straightforward, and, more importantly, efficient.